Tick Tock Unlock was the second Glaswegian escape room we had booked, after visiting Escape Glasgow the night before.

When we arrived, the girl running the game seemed quite unsure of herself when giving the introduction to the company, the ground rules and the room itself.  She was far more nervous than we were, in fact.  This was most apparent when we were about to be shown into the room, and we were going over the story of the room.  It was the first time that, rather than having it explained to us, we were handed a laminated sheet and a lucky nominee (me) expected to read the backstory to the room while she hovered nearby.

The backstory could really have used being explained, as the theme of the room was quite unclear.  The synopsis on the website says that the game centres around a Mysterious Island™ that you’ve won a once-in-a-lifetime trip to.  The briefing that you’re given once you’re about to enter the room doesn’t mention anything about an island, mysterious or otherwise, but does talk about a virtual reality experience that you’re going to be plugged into.  You’re told that you need to shut the VR down to prevent it from being used for mind control and other nefarious purposes.  Once inside the room this also falls by the wayside, although there are a couple of references to some mysterious Hostiles.  Neither the website or the briefing explain why the game is titled The Hatch, although once you’re in that one’s fairly self-explanatory.

It’s actually quite refreshing to see a room that isn’t rehashing the same prison break/conspiracy/jewel heist themes that are already playable up and down the country.  Unfortunately, this plot seems a tad underbaked and just a little bit too much like the half remembered details of someone’s Lost-based fever dream.  Some games you can tell that the puzzles and plot have been built around scaffolding of the story.  In this case the room was definitely designed first, and then the backstory written afterwards – possibly on a quite tight deadline – to try and explain why there was so much fake ivy piled around on the floor. 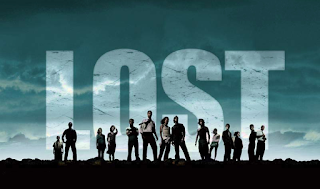 I don’t usually do spoilers, but there is one thing I can confirm – there are no polar bears in the room.

Pettiness about the theme of the room aside, the game is really good fun.  There’s a good balance of puzzle types, with some being quite physical which makes a nice change.  That’s not to say that there aren’t enough codes and locked boxes for those who like the more cerebral puzzles.  There was even a type of lock that nobody in the team had encountered before, which should excite padlock enthusiasts, if such people should exist.  Luckily for people who aren’t experts on the topic, you do get talked through the more exotic types of lock beforehand.

The room allegedly has around a 30% success rate for experienced teams, which seems rather low and I would have expected to be higher.  Earlier on in the game the girl was a little trigger happy with the hints, sending them through before we were at a point that we felt that they were needed.  The level of difficulty was good, providing a challenge and only occasionally stumping us.  The difficulty curve was also set at a good level, with a bump up in difficulty once you reach the second ‘chapter’ of the game, and the final puzzle posing the most challenge.

Although some of the incidental parts of the experience – such as the introduction and the theme of the room – could have done being a bit more polished, this doesn’t detract from the game’s appeal.  It’s an enjoyable game with a lot of fun puzzles to work through.  The company has three other locations across the North of the U.K (in Leeds, Liverpool and Manchester), that run this room and other games, and although prices vary slightly across the different locations, I’d be happy to visit any of those locations on faith based on the strength of this room.