A lot of escape rooms, from the outside, look like the kind of place where you’re likely to be shanked.  There’s usually a small sign indicating that you’re at the right building, and then a dim stairwell which leads you to the fifth floor, if you’re lucky, or the basement if you’re not.  You usually walk this stairwell hoping that there actually is an escape room there rather than a plot to steal all of your organs.

Time Run is even worse than most in this respect.  Their company is located in the midst of an industrial estate, complete with grundon bins and wire mesh fences.  Unlike most escape rooms, where they ask that you arrive at least ten minutes early and provide a comfortable waiting area, Time Run instructs you to arrive on time.  To the minute.  What this means in practice is that you have lots of time to loiter in amongst the bins, out in the cold, admiring the rather impressive doorway that looks rather out of place amongst the concrete and friendly No Trespassing signs. 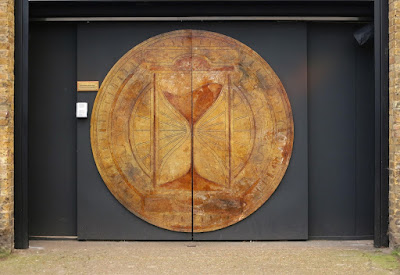 This picture has been cunningly cropped to hide the industrial estate and all of the potential organ-thieves that lurk within.

Once you’re actually allowed inside, these first impressions are totally swept away.  The introduction area is very grand, and an awful lot of time has clearly been spent on designing the perfect steampunk laboratory feel.  More effort has gone into the entrance room than some companies put into their entire facility.  You’re met by someone in character and although the acting is as gloriously hammy and over the top as you could hope for, we got the impression that he was genuinely enjoying himself.  His attitude was catching.  It certainly made the usual ‘please at least try not to break any of our stuff’ speech more enjoyable to sit through.

The compere introduces the backstory to the game briefly.  With most escape rooms you know roughly what to expect when booking the room, but with Time Run you go in almost totally blind.  You’re told that you’ll be searching for a legendary item – the Lance of Longinus to be precise – but this could be lost at any point in history, backwards or forwards.  This gives the Time Run team free reign when designing their sets, and doesn’t tie them down to any one theme.  The plot is expanded on slightly more before the game begins properly, with the help of a recorded message, and the humour in this will be appreciated by fans of the Portal series. 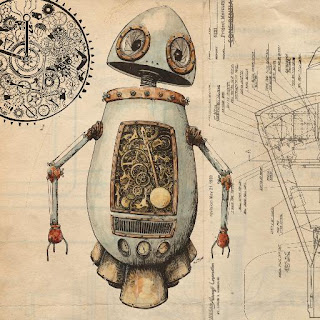 They even manage to create a plucky robot sidekick that I don’t actively dislike.

This game isn’t the cheapest around, but you start to understand why when you see the production values in each of the rooms.  The set – and it is a set, rather than a series of rooms – is amazing.  There are some inspired physical puzzles during the course of the hour, and it’s great fun to play with some of the heftier props, especially as most games take great care to warn you away from the heavier set pieces.

Although the high production values are the most impressive part of the game, it’s also the area where we experienced some issues.  For example, most escape rooms show a countdown on a screen to let you know how much time you have left.  Time Run, as it has to be fancy, provided us with a glorified egg timer.  One lucky volunteer gets to wear this around their neck throughout the game as some kind of time traveller chic.  You set this timer at the beginning of the game and it should provide you with a hands on, reliable-yet-fun method of knowing how much time you have left.  In practice, our timer worked for a couple of minutes before slowing to a halt.  We don’t know how long it lasted exactly, because it’s rather more difficult to notice an absence of ticking.  We tried a soft reboot (we thumped it a couple of times) and it gave a few more half-hearted ticks before winding down again.
We also got into trouble with a screen that resolutely insisted that it wasn’t activated, even after we’d solved the puzzle to bring it online.  All of the props were very high-tech, but personally I’d prefer something slightly less advanced but more likely to work consistently.

Time Run is a massive amount of fun, but it does have a low success rate simply because of the sheer volume of puzzles across multiple settings that they’ve managed to cram into the hour.  You’ll be happy that the area holds an actual escape room rather than the afore-mentioned organ thieves, but the cost may be so prohibitive for some that you’ll feel like you’ll need to sell a kidney to be able to visit.  Still, if you can afford it, the theatrics and fun factor make Time Run well worth a visit.

Anonymous said…
I have been browsing on-line greater than three hours today, yet I never found any fascinating article like yours.

It's pretty worth enough for me. In my opinion, if all web owners and bloggers made just right content material as you probably did, the net shall be a lot more helpful than ever before.
27 November 2017 at 20:58