The name of the company that we visited was ‘Escape Reading’, which is just good life advice in general to be honest.  The company is located away from the centre of the town, closer to Reading West.  It’s in a residential estate, but at least there was plenty of parking around, which is useful for a company in the middle of nowhere.  The street parking is 2 hours no return, but when you’re playing a 60 minute game that’s plenty of time.

The part of the company that isn’t the game room itself could do with some care.  For example, there was a toilet that refused to flush and while there were several soap dispensers on display, none of them actually dispensed any soap.  To get to the bathroom customers have to walk through the staff kitchen area.  The organisers must be well aware of this, so maybe it would be best not to leave a half finished plate of food abandoned and congealing on the counter-top.  (It was tortellini, if you’re wondering.  I wasn’t able to complete a forensic analysis of any kind, but my best guess would be chicken and maybe mushroom.  It was grey, anyway).  These are exceptionally petty complaints, and do know that, but five minutes of attention to the facilities would help make the place more inviting to players and give them a better first impression.

One thing that the waiting area does have is hundreds of photos of the teams that have already been through the room.  You’ll notice that there are a fair amount of people that didn’t beat the room in the time limit.  Of the teams that did, almost all of them finished with only a few minutes left to play with.  There are only a handful of teams that finish with more than 10 minutes to spare.  The person that we spoke to who was running the game attributed the success rate and average completion time to the fact that they get a lot of teams who are trying an escape room for the first time.  They’re currently the only company in the area – although TimeTrap will supposedly be re-opening at a permanent venue in Reading at some point soon – so get a lot of first timers.   Escape Reading may be selling themselves short, as it’s not an easy room.  Whatever the reason behind the success rate, you’ll definitely be getting your money’s worth.  There are enough puzzles to work through that you’ll spend the whole hour trying to escape.  You won’t be waltzing out with 25 minutes left on the clock.

Escape Reading has two rooms currently, The Bank Robbery and The Library.  We went for The Library.  There isn’t really a plot once you’re in the room, you’re just focused on trying to escape, but there is the briefest of backstories on their website which explains that having discovered a mysterious library, you realise you have to escape within 60 minutes before you’re trapped. 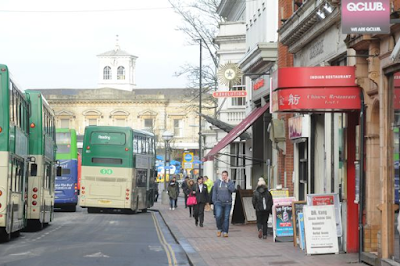 “You have been exploring the beautiful city of Reading...” the backstory begins, requiring any prospective player
to really stretch their imagination if they’ve seen Reading before.

It’s a pretty basic premise, but a library is at least a different setting than usual to spend an hour in.  It’s not a bank vault or a laboratory, anyway.  As the game is set in a library the room is decorated to reflect this, and it’s been done fairly well.  The books that line the shelves are filled with puzzles, clues and riddles, which was to be expected.  But there were also a lot of challenges that were more physical, which I wasn’t expecting.  Escape Reading have really used the space that they have available creatively, and a lot better than it first appears when you enter the room.  There is a section that takes place in the dark but, unlike in some games, if anyone in your team is uncomfortable with this they have the option to stay in the better lit area. 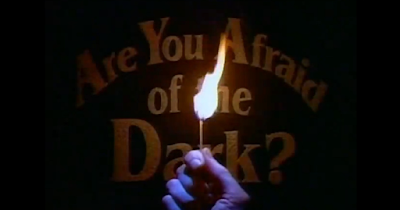 Afraid of the dark? No.  Mildly apprehensive of the tripping hazards? …Maybe.

The game had one lock that we hadn’t met before.  It was a Chinese lock and while we found the combination easily, it was a fiddly enough lock that it effectively took one of our team members out of the game for a good 10 minutes.  Hints are provided via the television in the standard method, although there’s no way of requesting help.  They also use picture hints as well as text, which is a small thing but again it’s something that I’ve not encountered before.  In the event that you’re stuck, it feels slightly less like having your hand held to be shown a picture than having it written out.  Sure, flashing up a picture of the item that needs to be investigated is still being walked through what you need to do, but picture recognition is almost a puzzle, kind of, if you squint.  In the case of the Chinese lock, though, there’s no hint that they can really provide to assist you when the problem is user error.

This game was a pleasant surprise.  The cost is reasonable, and I was expecting a room of a decent if middling standard.  It goes above those standards though, to provide a thoroughly fun experience.  Although they say that they cater to mainly new teams, anyone who’s a veteran of escape games will still find a lot of things to enjoy here.