Operation BlackSheep is the second of the missions available to play at clueQuest and we played this game immediately after the first one.  I was already impressed with their customer service, and they went out of their way to set up this room early so that we didn’t have to wait around too long.

The first mission, Plan 52, was set in a clueQuest agency base and saw players working to identify a double agent in the pay of Professor Blacksheep.  This new scenario takes you right into Blacksheep’s lair, where he has been busy plotting world domination.  This plan will be achieved with the help of a satellite already in orbit and positioned ready to control the minds of everyone on Earth.  The mission is to break into the lair and take control of the satellite, destroy it, and escape within an hour.

This game is set in a lair rather than a base, which sounds like only a small distinction but meant the decoration was a lot more spartan.  The one concession to comfort was a carpet made of astroturf, presumably because Professor Blacksheep likes a graze in-between dreaming up nefarious schemes to rule the world.  It may have been everyone’s choice of footwear, but moving back and forth across the turf for the best part of an hour meant that the whole team spent that time giving static shocks to themselves and each other.  Of course, this may have been an integral part of the Professor’s security system. 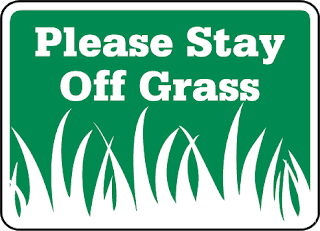 He is not kidding around when he says that.

On the subject of security systems, there is a safe in the room that auto-locks after three failed attempts to enter the code and it won’t allow you to try again for a whole five minutes.  This is clearly written on the front of the safe as a warning to all players and it is not, as we had presumed, a bluff.  You will have to wait out the full 300 seconds while twiddling your thumbs and trying not to electrocute yourself on anything.

The game is split into three separate areas.  What I did like was that, even when every puzzle in one section had been completed and you had gained access to the new area, the game still required you to go back and re-visit the old areas on some occasions.  This meant there was more movement than there would otherwise be, and had the effect of expanding the area that you were playing in at any one time.  Equally, the puzzles allowed the team to break off into smaller groups or individuals to work on tasks across the space, but then come back together for bigger set-pieces.  These parts demanded co-operation and were the most memorable parts of the room, and often the most technical.

This mission used more high-tech props and puzzles than the previous mission, Plan 52.  Some companies become over-ambitious with the technology they include in the room, and rather than being impressive it just becomes a source of frustration.  Here, though, it worked flawlessly and there was no complaint to be found.  The only issue I had with any of the technology was something that we had brought into the room with us.

Rather than notepaper and pen, every team is provided with an electronic notepad to write on.  It was a bit like the offspring of an etch-a-sketch and an iPad, as you could write on the screen like a normal tablet, but the only way of erasing it was to press the button to clear the whole screen.  In the first room this wasn’t a problem, but in this room there were a few points where we ran out of writing space, or had jotted down one part incorrectly.  You then have no choice but to wipe the whole slate clean and start again, sometimes losing information that you want to keep in the process. 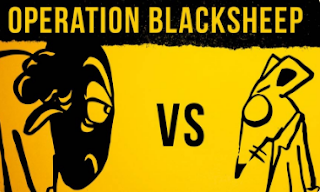 Either that's a tiny sheep or a giant mouse.

It’s difficult to tell whether this game is more straight-forward than clueQuest’s previous offering.  A couple of the tricks that tripped us up in the first room, such as finding the correct numbers to make up a code but not the order of the sequence, were able to be anticipated and avoided.  This room apparently has a slightly lower escape rate than the first one, dropping from 45% to 40%, which seems quite low for what you’re expected to do to escape, especially if you've played the first room.

The customer service after we had left the room was again really good.  ClueQuest allow you to purchase additional extras along with your game, such as branded mugs, lanyards, and fridge magnets.  The fridge magnets seem like they should be the most popular, as unlike the other merchandise that's branded with the clueQuest logo, the magnets are personalised with a team photo.  These usually cost extra, but everyone in the team were given a fridge magnet for completing two missions in one day.  This was a nice touch and really left us walking away from the venue holding clueQuest in high regard.