Of the three rooms that clueQuest are currently running, two are classed as medium difficulty.  The third, Revenge of the Sheep, is billed as an expert-level mission designed for experienced players.

We weren’t sure what to expect with this mission, and what it would be like compared to the standard difficulty setting.  The challenge really has increased, and it’s a big step up in comparison to the previous two missions.  The impact of this was felt hardest early on in the game, where we found it difficult to even get a grip on the initial puzzles, which are usually the easiest ones.  Once you get over the initial shock, though, you can rise to the standard that the room expects of you, although it’s still tough the whole way through.

The other way that this room has been ramped up since the last two games – besides the difficulty level – is that there are far more gadgets than ever before.  The devices and contraptions have all been specifically designed for clueQuest, which means that they’re tailored to the game and really fun to use.  They’ve even splashed out on an Augmented Reality aspect to the game.*  The ARG was very fancy, but was almost too fancy for the likes of us, as we needed quite a few hints on how to actually use it.  It wasn’t very intuitive to use, although once we’d been talked through how to use it instead of just chewing the corners of the screen we were as enthusiastic, and as vocal about how cool it was, as a middle-aged mum discovering snapchat filters for the first time.

Wikipedia defines an ARG as “an interactive networked narrative that uses the real world as a platform and employs transmedia storytelling to deliver a story that may be altered by players' ideas or actions.”
This is not helpful.

Besides the gadgets, the room had a couple of big set pieces that had again been designed and built especially for the game.  These set-pieces dominated the room and most of the game, as although they looked very straightforward there were lots of things to discover and many smaller puzzles built in that needed to be solved.

By now, if you’re interested in playing Revenge of the Sheep, you’ve mostly likely already played their previous two missions.  You’ll therefore be familiar with clueQuest’s typical way of presenting puzzles.  Something that they often do is have multiple smaller puzzles that all need to be dealt with in order to solve the whole.  For example, one door might be secured with five different padlocks, so that rather than needing to solve one puzzle to open the door, you need to solve five.  This is a simple way of extending the length of the game, and means that different people can focus their effort on different parts while still all ultimately working towards the same goal.  The downside of this is that there are occasions where you’ll solve one puzzle and then rather than getting any sense of satisfaction, you’ll immediately be stumped about what to do next.  Usually, when a puzzle is solved, you’ll be rewarded by unlocking a new area, or a new item that can be used to go back and finish puzzles that you haven’t had the resources to decipher before.  Here, when a puzzle is solved and a lock is opened, there will be nothing new to work towards other than the same puzzles that you had access to before, and no immediate reward. 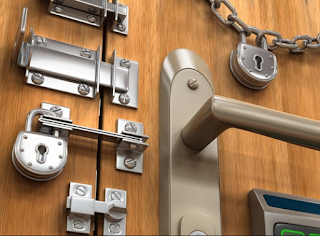 Okay, forget the puzzles.  Did anyone think to bring a crowbar?

As you’d expect with a room designed to be difficult, the majority of the puzzles are challenging, but even then there was one that stuck out as being particularly hard to complete.  It wasn’t that we didn’t understand what we needed to do to solve it, it was just easier in theory than in practice and we lost quite a lot of time and momentum in the course of trying to complete it.  It was a picture matching exercise, but it was very difficult to match them up, there was nothing to show when you had the answer correct for each section, and there was no way to receive a hint besides being straight out given the answer.  Speaking to the clueQuest staff afterwards, this was a common problem for many teams who struggle at this point.  Solving it is a real test to be endured without (hopefully) losing too much enthusiasm.

It’s worth talking about the plot of the game at this point.  The mission, as usual for a clueQuest game, sees Mr Q’s agents trying to thwart another one of Professor Blacksheep’s plans.  This time, the professor has built a machine capable of turning the world’s population into sheep.  Your team’s job, as agents, is to disable the machines located all over the world before destroying the main Sheep Mutator machine.  The reason that this plot summary isn’t at the top of the review is because for the vast majority of the game this plot is more or less forgotten about.  It only gets remembered towards the final five or ten minutes of the game. 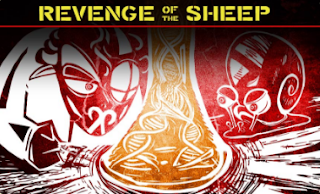 Forgetting to turn the oven off is embarrassing enough.  Forgetting to power down the
Sheep Mutator is in a league all of its own.

If this review sounds negative, it’s not; the room, puzzles, decoration and props are all exceedingly high quality.  The room only has a 20% success rate, and if you’re an escape room enthusiast then this is the clueQuest mission out of the three that should excite you most.  The room may even hold some new kinds of gadgets that you haven’t encountered before.  However, there are aspects that could be improved, such as the one puzzle that’s fiddly enough that teams risk losing enthusiasm, if not losing their patience altogether.  In many rooms, these kinds of issues might pass with only a minor comment, but clueQuest games are of such a high standard that any flaw stands out much more.  This is the final clueQuest mission, but even with the points that could be improved in this room they still stand out as one of the best amongst the many companies running escape rooms in the UK today.

Website: www.cluequest.co.uk
Price:  £25 per person off peak, £30 at peak times
Players:  3 – 5
Strengths:  Gadgets and room design
Weaknesses:  One marathon of a puzzle


*Augmented Reality is a very wide term for all kinds of technology and games.  Here, it’s used for the kind of game where the graphics on-screen are overlaid on to the real world environment and you can interact with both in real time.  Pokémon Go is the most popular recent example of an ARG.