We had already visited Escape Reading to play The Library, the review of which can be found by following this link.  Having really enjoyed that experience, we returned to the venue to experience their other game, The Bank Robbery.

Despite the name of the room, it doesn’t actually see you taking part in a bank heist.  The game is set in the aftermath of the robbery, with you as the prime suspect in the case.  To clear your name of having committed robbery, you decide to indulge in a little light burglary instead.  The game is set inside the office of the person who actually committed the robbery, and your aim is to find the crucial pieces of evidence that exonerate you in the 60 minutes before the police arrive. 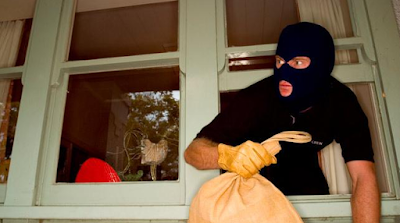 Oh, and escape afterwards. We actually forgot that part of the brief.

Some escape rooms give a backstory or thin explanation around the plot of the game and why you need to make it out of the room in an hour, and then step back and let you get on with the puzzles.  Here, the puzzles all tie in closely to the story, and you’re always working towards your goal of finding the evidence locked away in the office somewhere.

As you go through the game you collect items that are used to solve the puzzles.  That's par for the course in any escape room, but in this game it felt like you were amassing your own toolkit of items to help you in the burglary.  There were the regular items, such as a blacklight and a magnet, and some slightly more unusual ones.  Before you enter the room you're given the standard speech that each key and code can only be used once and should be discarded afterwards.  That's all true, but it's not the case with your arsenal of gadgets, which are re-used and relied on throughout the game.

Although the two rooms were made by the same company, The Bank Robbery has a very different feel to The Library.  Appropriately enough, The Library felt much more cerebral, whereas The Bank Robbery has fewer logic-based puzzles and was more action-based.  There was a lot of searching involved in the game, and objects could often be found out of sequence just by looking around and examining the environment.  There are clues to direct your searching once you reach the point in the game where the object is needed to progress, but by the time you've reached that stage it's pretty likely that you would have stumbled across the object already.

One of the final puzzles is based entirely around searching around a large area relatively blindly - assuming you hadn't found it already.  Rather than being based on skill, you're just expected to grope around until you find it.  The only assistance that you're given is that the object is hidden somewhere in the room that you've just spent the best part of an hour in, which isn't exactly a revelation.  If they'd stashed the object in the waiting area outside, or somehow smuggled it into the glove compartment of our car at some point between our booking and turning up to play, now that would be a surprise.  As it is, it makes for a somewhat disappointing final puzzle.  It may be that if you happened to discover the object earlier in the game without any prompting, the game ends on a more natural high as you break into the final safe and rescue the last piece of evidence, rather than ending on a wild goose chase.

Besides all the searching around, there's one section in the game that's very physical.  It's closer to a fairground game than an escape room.  It would actually be very straightforward to cheat and bypass this section altogether, but there's two reasons why you shouldn't do that.  Firstly, there's a time penalty, with the reason given in-game that the police will be alerted by the noise and arrive five minutes early.  Secondly, and possibly more importantly, it's one of the most fun parts of the game and one that the whole team can get involved in. 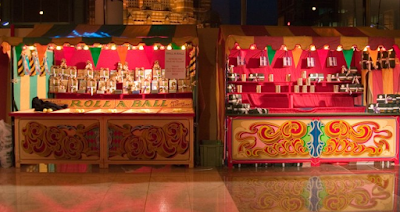 Not only did we escape, I hooked a duck and won a prize!

The game isn't solely a physical puzzle, and there are the usual ciphers to crack and padlocks to open.  The room actually has a few locks that don't need to be opened, which were used to seal containers that teams need to interact with but not ever open.  It could be argued that these work as a red herring, but it does throw you off and cost time searching for a key that isn't hidden anywhere.  The containers could easily be sealed shut by some other method, such as cable ties, or the locks clearly labelled to show that they're not part of the game.

Someone asked me if I would recommend Escape Reading for corporate events, and I'm not sure that I could, as the venue is still shabby (although slightly neatened up compared to our last visit).  But for regular players, I would still recommend a visit to Escape Reading.  If you can only play one game, make it The Library, as it’s the stronger room overall.  The two games have very different concepts, but they're both creative with what they do and the themes will appeal to different types of players.  Speaking to the owners of the company afterwards, they're considering expanding to create new rooms, and even considering new premises in the area.  Despite my issues with this room, I’m still looking forward to seeing what the Escape Reading team decide to do next.

Price:  £22 per person for a team of 3, decreasing from there
Players:  3 – 6
Strengths:  Tie-in of gameplay and story
Weaknesses:  Searching prioritised over logic