When you choose to visit clueQuest, the first puzzle begins before you’ve even confirmed your booking.  The company has three different missions spread across nine different rooms and somehow this has spawned an incredibly complicated booking system.  There are colours, numbers and phrases involved to work out which mission you’re booking and how many rooms are still available for each date and time.  I’ve never had to complete a puzzle in order to book before, but the booking system uses a lot of the pattern-recognition and logic skills that are needed in an actual escape room, so it is at least good practice. 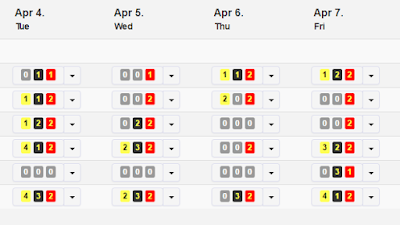 It’s all very simple.  Each room gets a word or phrase assigned to it.  This word is colour-coded, and this equates to which mission you’re booking.  The number shows how many rooms are still available.  Alternatively you could just call.

As clueQuest have the nine rooms at their venue, and it’s very popular, there will always be several groups arriving at once for the same timeslot.    In other places, this would lead to cramped and unhappy customers.  Here, there’s enough space to accommodate everyone comfortably and plenty of separate clusters of seating.  There was a really good atmosphere in the waiting area when we visited, with a real buzz in the air as people waited to be taken to their game, including a party of hijab-wearing girls all dancing together in their corner of the waiting area.

There are enough staff on hand that every group got their own clueQuest employee to give the introduction.  This gets tailored depending on the team’s experience level, and with newer teams they’ll take the time to walk you through all of the locks that you’ll come across.  All of the different staff members had their own delivery styles for the introduction, some being more energetic than others and some bordering on cheesy.  Our group got Harriet, who had pink and orange hair and green eyebrows and was lovely.  The staff member who does the introduction stays on as the one on hand to monitor the CCTV throughout your game and offer hints if needed.

Before you enter the room, you’re provided with a walkie-talkie to communicate with the employee who’s looking after you.  This is used this to provide the hints along with displaying clues through the television screen in the room that displays the time you have left.  As there’s two-way communication rather than just the clues written out on the screen, the hints are able to be a bit more personalised.  If you’re stuck entering a code or password, they can ask you to read out what you’ve calculated as the answer.  Depending on the response, they can then tell you if you’re on the right track or not.  They can also ask if you want to receive a hint or not, or if you’d rather to continue to try and work it out, rather than having a hint foisted upon you.

The plot for this room introduces the two main characters who feature in all of clueQuest’s stories.  There’s Mr Q, who sets each of the missions, and his nemesis, the evil Professor Blacksheep.  Who is a sheep.  A sheep who is black.  That one’s fairly self-explanatory really.  The Professor is implicated in the disappearance of a cell of Mr Q’s agents from a clueQuest base.  The player’s job is to enter the base, find the identity of the double agent who worked with Blacksheep and escape within the hour. 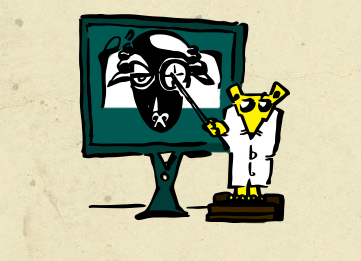 Oh, Mr Q also happens to be a mouse.  ClueQuest have a non-discriminatory
hiring policy though, so it’s not really brought up.

As the game is set in a mission base for the spy agency, the room’s décor looks a lot like an office.  The decoration was of a very high standard, though, with a lot of custom-made devices featuring in the puzzles.  There was a large map on the wall, which is a staple of all escape rooms that are even vaguely office-themed. ClueQuest manage to do something slightly different with the map though, rather than the usual task of finding a specific grid reference.  This is a puzzle that can often be solved by looking for the one tell-tale patch of the map that’s been worn away by team after team pawing at the same spot.  It’s not only the map; there’s nothing worn or shabby about this room.  Like the waiting area, everything is pristine and of a professional standard.

The puzzles in the room are all fun, although there was more searching expected of you than in some rooms.  There were quite a few small and easily-missed items squirreled away in the room.  This is annoying when you do miss them, but could be fun for any younger members of your team who may ransack the room anyway just in case, whether or not there was any hope of finding anything. 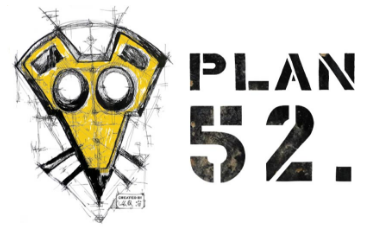 As I doubt this is clueQuest’s 52nd escape room, it’s unclear
whether plans 1 – 51 were a success.

During the navigation of the booking page of the clueQuest website, each room was given a code-phrase to describe it.  This helps people who have visited clueQuest before identify which rooms they’ve already played through.  The phrase for this room – known as Plan 52 – was ‘red box’.  It doesn’t make much sense beforehand, but it’s easy to understand once you’re in the room and see the red box that is the focus point of the room.  It’s also one of the most technically impressive parts, competing for this title with the final puzzle.  The impressiveness of the puzzles actually ramp up throughout the game.  They start out quite mundane, with smaller puzzles that could be from anywhere, before evolving into bigger set pieces.

It’s clear that clueQuest is designed and run as a business rather than a one-off room.  Everything from the staff, the waiting area, the design of the room and the game itself is polished and works perfectly.  Despite this, during your time there it doesn’t feel as if you’re being shuttled through as just another number.  The game still has personality, as does the company, and it is well worth a visit.