Reading has seen a sudden spike in the number of escape rooms in the past month or so.  Escape Reading has recently opened a second venue in a new location, and Great Escape UK has opened on the outskirts of the town.  Now there’s also TimeTrap, which opened in the centre of Reading in June 2017.

TimeTrap aren’t actually new players in the Reading escape room scene, having run two pop-up events in the last couple of years – but don’t worry, they’re offering completely new rooms rather than recycling any older content, so even if you’ve played their pop-up events you can pay a visit to their new venue.  Plus, now that they have a permanent location, the TimeTrap team can show what they’re really capable of.

Their location is billed as being on Friar Street, which is one of the main streets in the town centre.  But, in keeping with the greatest of escape room traditions, the entrance is actually tucked away down a side alley in amongst the loading bays and recycling bins.

Don’t let these first impressions put you off, though, as once you’ve been buzzed inside the venue is newly decorated and welcoming.  The hosts of the game (Andrew and Katie) were equally welcoming and really friendly.

As the company name suggests, TimeTrap games all feature a frame narrative where teams are sent backwards in time to help right a historical wrong.  The first game that TimeTrap are running is named Rebellion and is set in 1136, in the aftermath of the rule of King Henry I.  Teams are sent back to this era to aid the rebels in reclaiming the crown.  This is a really strong theme for their opening game.  Not only is there a local element to it, as King Henry I is buried in nearby Reading Abbey, but the medieval era is underused as a setting for escape rooms.  It’s especially refreshing to have an escape room centred around time travel which doesn’t include Nazis at any point. 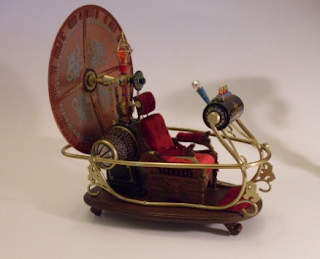 Seriously, why do all time machines default to the Third Reich?

Just like the waiting area, the room itself was very well decorated.  Decorating a room to pass as the inside of a castle takes a lot more commitment than the usual office or laboratory setting.  As the setting was medieval England, it wasn’t only the dressing of the room that needed to be authentic to the time period but the props as well.  That means that any puzzles involving technology, such as laser pens or that perennial escape room favourite, the UV light, were out of the question.  Even with these restrictions, the puzzles all worked well.

The only items featured in the game that weren’t from that time period are ones that the team brings in with them.  This is the “Time Traveller’s Kit”, which is provided at the start of the game.  It’s another personal touch that adds to the atmosphere, and also gives an explanation for why the electronic torches and tablet device (used as both the timer and to provide hints) would be found in a historical setting long before the invention of the double-A battery and certainly long before a decent wifi signal. 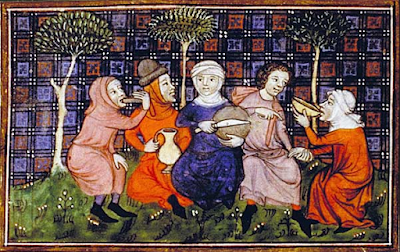 I don’t really know what people did in those days besides sit around and wait for 3G
or for death, whichever came first.

There’s a good balance of puzzles in the room, including investigation, a lot of logic-based puzzles and some more active, practical challenges.  The puzzles are also split up so that teams can break off into smaller sub-groups to work on separate aspects of the same larger puzzle.  This keeps everyone busy, and helps with any possible crowding issues in the room, as there’s a lot more space if everyone is working on their own parts rather than peering over other people’s shoulders.

Rather than being spaced out throughout the game, though, the game starts off with the mental puzzles and gradually moves more towards the more physical ones.  There are two areas to the room, and your time in the first area is spent working on smaller sub-puzzles to pull together clues to solve one over-arching puzzle.  The physical puzzles become much more prevalent when you gain access to the second area.  If your team takes a long time on the mental challenges then the last few minutes of the game will involve a frantic and fun-filled rush to completed the physical activities and try to beat the clock.

TimeTrap is highly recommended.  The theme is interesting and all of the puzzles tie back into it.  Not only do all of the puzzles fit with the theme, but there’s a good balance of types of puzzle to suit all kinds of players.  The room isn’t too difficult to scare off a new group, but there’s enough varitety in the puzzles that it’ll keep an experienced team entertained.  The room and the company itself have a great energy, and hopefully this continues when their next adventure – this time taking place in the Victorian era – opens in September 2017. 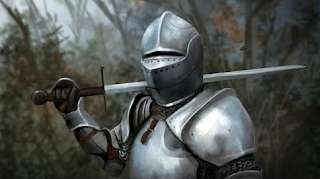 If you’re still not sold, did I mention that you get to play with a full-size model sword?

Price:  £25 per person for a team of 2, decreasing from there
Players:  2 – 6
Strengths:  Engaging theme and puzzles
Weaknesses:  Game structure for mental/physical puzzles could have been more integrated