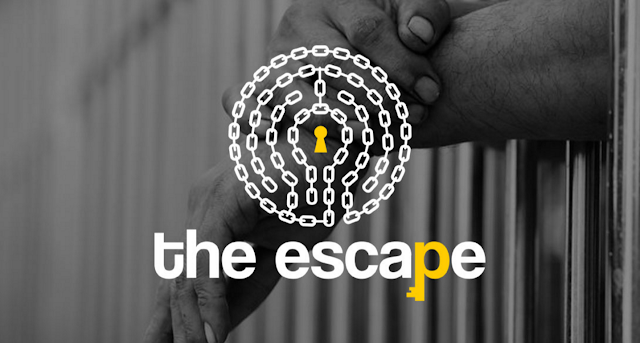 The Escape has two games on offer, and we played both during our time in Zurich.  One is From The Container, where you're kidnapped by a corrupt corporation and need to escape from the shipping container that you've been left inside.  It may be apparent that there's no beating around the bush with the room titles, and no attempt at hiding what the theme will be.  So when I say that their second game is called From Prison, you know exactly what's in store with this escape room.

The immersion is built up before you even make your way to the cell block where you'll be spending the next hour, as you're placed into handcuffs along with (optional) prison jumpsuits.  Players are pre-warned about the fact that inmates start the game in handcuffs, as it is mentioned on their website.  Admittedly, it's not anywhere on the main page, in the description of the game, or anywhere else logical.  It's hidden away in their FAQ section under the question "Who Can Play?", so I imagine that a lot of players still get a surprise when they arrive and the hosts break out the cuffs. 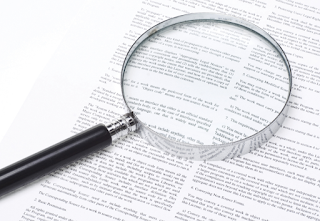 While we were aware of the restraints, what we didn't know was that the team would be split up and placed into two separate cells for a good portion of the game.  The puzzles aren't set at an unreasonably high level of difficulty, although they're certainly not easy, but it would still be good to have at least four people in the team.  That way there'll be at least two people per cell, and that extra pair of eyes can make all the difference when you’re searching for hidden items.

One cell did feel slightly easier than the other in terms of where items are hidden and what steps need to be taken to escape.  That's entirely subjective – and in fact might just be my teammate being kind about my frankly sub-par performance – but I do recommend that if any team members are more confident or experienced than the rest, or if your team has an odd number of people, then the extra person goes in the right-hand cell.

All escape rooms need good teamwork and communication skills if you're going to escape.  Or at least if it’s not a requirement it at least makes it an awful lot easier and more fun, in the same way that people in a three-legged race don’t need to co-operate.  In a room where you're cut off from each other, though, those skills are even more important.  This room is kinder than some which separate up the members of the team, as you're still able to see each other and pass items between the bars.

This game really does manage to test the basic skills that are needed in every escape room.  As you're separated, you can't rely so much on the skills of others who may be better at certain types of puzzle.  All members of the team have to pull their weight here.  Besides teamwork and communication, everyone will need excellent observational skills and the ability to discern the red herrings pretending to be clues from the actual hints left behind by the previous occupants of the cell.

It was the supposedly straightforward observational skills that gave us the most trouble.  That’s impressive considering that a prison cell doesn't really allow much in the way of additional props or clutter, so in theory it should be easy to search for codes, clues and items. Thinking back, there weren't a huge amount of puzzles that needed to be solved in the time limit, but a lot of the time was spent searching for the items that we knew from the hints would be hidden somewhere in the cell and would be needed to escape. 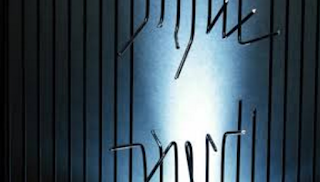 We didn’t miss anything quite that obvious.

While escaping from a prison is an over-done theme, it's always good to see the basics done well and From Prison is described as the prison game to play in Zurich.  You'll need a strong grip of the basics, including communication and observation skills, if you want to succeed in this room.  There aren’t any moments that stand out or anything that made me think "wow", but equally there wasn’t anything that was bad.  It was a solid experience the whole way through and one to make time to play in Zurich.

Price:  CHF 119 per game
Players:  2 – 6
Strengths:  Separated but able to communicate
Weaknesses:  Our own observational skills

Mirco said…
Hey guys
Thanks a lot for your review of our prison game. Glad to see you've enjoyed the experience and that we nailed the basics :-)
Look forward to hosting you again for our new game anytime soon. If you feel like exposing your identity beforehand might affect our treatment of the group, just tell us after the game. If I'm on site I would like to say thank you for the reviews in person.
Best regards,
Mirco
the escape
24 December 2017 at 12:26