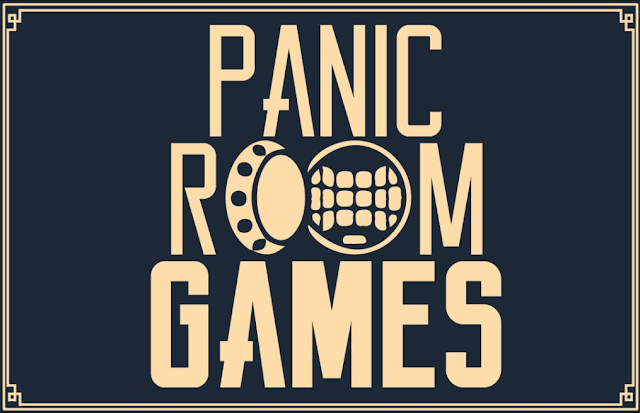 According to Panic Room Games, creators of The Wreck, this is one of the most difficult escape rooms in Zurich.  That sounds like a case of shameless self-promotion, but they're not joking.  Along with being one of the most difficult, it's also easily both the most immersive and the most frustrating game that we came across.  There were positives, but also a lot of negatives which spoil what could have been a really impressive game. 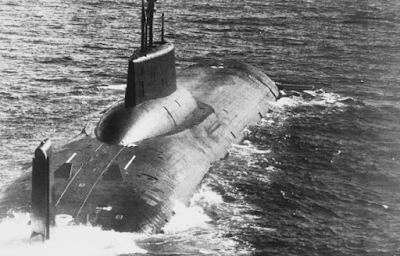 Immersion…submarines get immersed in water…
There must be something there, I’m just not getting it.

If you're going to visit this room, it's worth checking ahead to make sure that the company is aware that you want to play in English.  This is specified anyway in their website's booking form, but when we arrived at the venue it still came as a surprise and the room had to be re-set before we could play.

Even if we had warned them it wouldn't have made much of a difference, as none of the supplementary materials were available in English.  This led to us having to sign a disclaimer written fully in German and a host who had to resort to interpreting it through Google Translate.  We were also handed a full page of exposition about the room and our mission, which probably would have been very informative and immersion-building... if there had been an English translation.  We asked what the mission of the game was, and the full page-long text was condensed into a quick explanation that we were looking for an enigma machine, the code book on-board, and to then try and de-code the vessel's orders.  There was a secondary mission as well, but I can't provide any information on what that is because it was never explained to us.

The game is set inside a submarine and, before you're let into the room, you're shown a full schematic of the sub and talked through the layout of the parts of the craft that you'll be able to access.  I had assumed that this introduction was just for the purpose of world-building, but it's more than that.  The area that you play in actually matches up to the schematic. 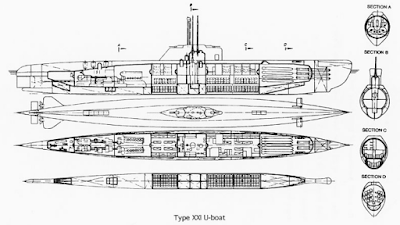 I think real submarines had less riddles built in.

The room is incredibly well decorated, although it's hard to tell at first because a lot of the game takes place in the dark.  The walls of the submarine are decorated with various pipes and bits of electronic equipment, some of which looks as if it'll maybe be part of some kind of puzzle later on.  Don't get distracted by all the decoration, though, as you'll need to move around and explore in the dark for a while before you're able to get the lights turned on.

The dials on the wall, which work so well as decoration, are filled with shards of broken glass.  That's only one example in a game where health and safety doesn't even get a look in.  The submarine has a periscope, because of course it does; it's a submarine.  This periscope is made of wood and metal and positioned in the middle of the room at exactly the right height to hit your head on if, for example, you were moving back and forth around the room for an extended time in the dark.  And we did hit our heads.  Multiple times.  It hurt. 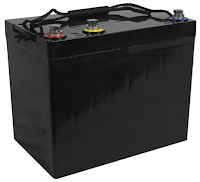 Oh, and I’m pretty sure that they gave us an actual car battery to play with.

Although the decorative elements of the room were excellent, if mildly dangerous, there was more of a problem with the parts that needed to be interacted with.  A lot of the props in the room need to be strong armed or forced.  For example, there was a door that refused to open, and we assumed for a while that we hadn't reached the puzzle that would allow us to unlock it.  We later discovered, after running out of ideas and hoping that we weren't about to pull the set down around us, that we just hadn't been pulling hard enough.

There was also a safe that was difficult to unlock.  We had been told about this safe during the introduction and talked through the method of opening it, including a demonstration from the host on a practice safe outside of the room.  We had been warned to pay attention at that point, because there had been teams that had to spend half their game staring at a locked safe.  Once we reached that part of the game, almost inevitably, even though we'd found the right combination we couldn't get the safe to open and we reached the end of the game without ever managing to open it.

When we asked the host afterwards to demonstrate opening it, it took even her four attempts before she managed it.  Honestly, at that point, it's past time to replace the safe.  Using a prop that team after team have difficulty with, even after they have the answer to the puzzle, is just creating artificial difficulty. It costs teams time and causes them to get frustrated when they have the right answer but aren't able to move on to the next step. But the worst part is, this room doesn't need any artificially added difficulty - it's tough enough on its own. 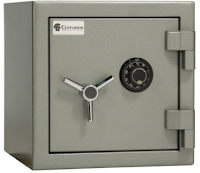 This is what the outside of a safe looks like, in case you were wondering.
We had a lot of time to get familiar with that view.

The puzzles, as mentioned previously, are quite difficult.  They expect a lot of you, including a few leaps of logic and some deductive reasoning.  It actually subverts expectations, as there isn't much searching required and there are some things placed in the room that are standard fare in escape rooms - such as nautical maps and morse code - that are just there as decoration.  The number of puzzles to solve isn't overly high, they're just difficult and sometimes take a long time to work out.

The company had obviously tried to scale back the difficulty of one logic puzzle that teams were struggling with, by adding in a second puzzle to point in the right direction.  This is another case of bad design, as adding in a redundant puzzle is another way to cost teams time.  This is time wasted solving it and, in our case, being led in the wrong direction even though we'd already solved the first puzzle and could have moved on even before we'd started the second.  The original puzzle either needs to stand on its own merits or be replaced or updated.

The worst culprit for this, though, is the final puzzle.  This, as stated in the introduction to the game, involves using the enigma machine you've recovered to decipher the submarine's mission using the code book.  This is the finale of the game, so should be a high point, but is just a long and repetitive task to work through.

I can't recommend this game, even for experts.  Not because of the difficulty, which is admittedly high, but because of all the other issues.  If you are going to play it, though, there are ways to make it easier for yourself.  Make sure to email ahead to make sure that the game will be set up for English-speakers upon arrival.  Plus, ask if you can practice on the demonstration safe before entering the room.  The final thing to remember, and the most important, is not to book this game in the height of summer.  The game is in the basement, there’s no air conditioning and it slowly becomes absolutely sweltering.  In fact, it ends up just as airless, cramped and overheated as a real submarine.