ZURICHescape have two different games at their main site.  One is Room of Rebel, which is based around the exploits of Switzerland’s national folk hero, William Tell.  The other game is Adventure in the Jungle, which can be booked as a normal room, or changed to cater to groups of children.  Alongside these two games, ZURICHescape also run Escape Missions, which send teams out into the city to solve puzzles and follow clues in public.  Before being sent off into the unknown, teams meet at ZURICHescape’s headquarters to receive their mission and the pre-game briefing.

Rather than the start times being staggered as it shows on their website, every game seemed to start at once.  This meant there were four or five groups in the waiting area at once (including a children’s party and a hen do) versus two employees.   When we were given the introduction to our room, it took place in the thin corridor between the reception and the waiting area, with an almost constant stream of other players shuffling past between us and the employee who was trying to give us the instructions on how to use the walkie-talkie.

She needn’t have bothered with showing us how to use the walkie-talkie, as it turns out.  We got stuck early on and radioed for a hint, but received nothing in response but static.  This silence carried on for the next fifteen minutes of the game, during which time there were no other puzzles to focus on and nothing to do besides perform increasingly detailed mime routines at the camera to try and attract someone’s attention.  We tried to contact them at least five times through the walkie-talkie, waved repeatedly at the camera and even resorted to banging on the door a few times. 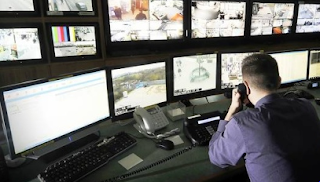 Hmm…I feel like I’m forgetting something…did I leave the oven on?
No, that can’t be it…

During all this time we cycled through denial, anger, bargaining, depression and acceptance, before finally coming back round to anger and staying there.  We were left on our own for a quarter of the game, with no support and nobody even monitoring the cameras.  That goes beyond poor management and actually into becoming unsafe, especially as this was a room with no emergency exit or panic key available if anyone got into difficulty.
Quite aside from the management of the company, the room itself was underwhelming.  The space the game is set in is quite small; roughly the size of most games’ starting areas.  However, while other games may start in a small space and then allow you to unlock a bigger area, Room of Rebel stays in the one place.  The game is based on William Tell, but there’s no backstory to speak of, or plot.  The closest attempt you’ll get to a narrative is some furs and a crossbow hanging up on the wall. 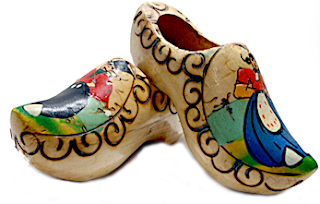 Oh, you also find some clogs later on.

There were a lot of props in the room, the vast majority of which players aren’t allowed to touch.  The first thing we did when going around the room was working out which few elements we were actually allowed to interact with.  The selection was limited.  Because of the small space, as various locked boxes and containers in the room were opened, the room became overly cluttered with props.  By the halfway stage it was difficult to tell which were items were part of the game and needed to be used, and which were just there to add character to the room.  Based on the difficulty level, though, it’s possible that this was intentional to pad out the length of the game.

That initial puzzle which stumped us was illogical, needing one certain nondescript object out of a whole room of nondescript objects to be placed in a certain place in the room to trigger a magnet lock.  It was a puzzle that was used a lot in ZURICHescape’s other room, Room 67 – the difference being that in that game the solution was signalled.  After that one starting puzzle, everything else was straight-forward.  Even though we lost a quarter of an hour waiting for them to remember that we existed and bestow us with a hint, we still escaped with over twenty minutes to spare in a team of two.  The difficulty is set far too low for any team that aren’t either complete beginners or a group with younger children.

Once we escaped from the room, one of the employees greeted us and apologised for the ‘communication issues’ with the walkie-talkie.  She wasn’t lying when she said that there had been communication issues, but they certainly weren’t with the walkie-talkie.  The truth is that the level of staffing they had wasn’t enough to cope with the number of games that they had running, they were overwhelmed, and they hadn’t been monitoring our room.  We were then offered a free drink if we agreed to stay on and review their room on TripAdvisor.  We declined their offer. 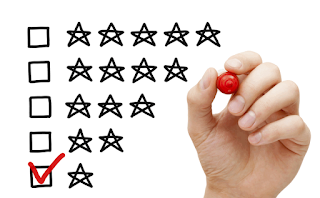 I’m not saying I can’t be bribed…just not that easily.

If you’re absolutely insistent on giving this company your money, then the room has just been upgraded to Room of Rebel: Reloaded, which promises a more challenging experience.  That will at least help with the difficulty level, and just leaves the poor management and lacklustre presentation of the room to be addressed.  Or maybe try Room 67, which is at a secondary site, away from the circus of the main location. However, I would recommend that you tried doing something constructive with the money instead, like burning it for warmth or learning origami.

Price:  44.95 CHF per person for a team of 2, decreasing from there
Players:  2 – 6
Strengths:  Marginally cheaper than other rooms in Zurich
Weaknesses:  Management, difficulty, decoration, puzzles