The Basingstoke branch of Exciting Escapes hasn’t been open all that long, but in that short time period they’ve already launched a second game and are busy getting ready to open a third.  Exciting Escape’s new room has lived up to my hopes from the previous review, that the Basingstoke division could get its own unique room rather than a copy of an existing one from Southampton.  This game is a whole new storyline, which takes place in a 1920’s grocery store.  While that setting doesn’t seem all that sinister, the three missing agents that had been sent to investigate previously indicate otherwise…

Dark Deeds and Groceries has only been running for a couple of weeks.  You’d maybe expect to see some teething issues from such an early play-through, but it was a game where everything ran together smoothly.  There were a couple of minor issues, such as a prop that didn’t quite work, but the moderator of the game was on top of that and in contact with us before we had even realised that there was anything wrong.

The prop not working didn’t impact the playing of the game in the slightest, and in fact the thing that did cause slight problems wasn’t related to a puzzle at all.  The lighting in the room was very dim, which was an issue for a couple of people, especially when trying to enter codes into padlocks.  This has been fed back by a number of players before us, and the game is still in its early stages where changes and improvements are to be expected, so hopefully this will be improved soon. 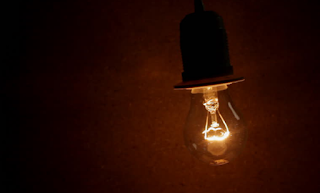 Oh quiet, you shouldn’t need any more than 5 Watts to solve puzzles.

The other thing that I’m predicting has a fair chance of being updated is one puzzle midway through the game.  At the time that we played, every team to date had needed one hint – at least –at this stage to guide them, and we were no exception.  Actually, that’s not fair.  There was one team who managed to find the answer …accidentally.  That seems like the puzzle needs to be revised slightly to provide slightly more direction about the steps that need to be taken.

Then again, maybe that puzzle won’t be changed.  It certainly wasn’t a massive spike in the difficulty curve, and this is Exciting Escape’s most difficult room to date.  One of the reasons for this, besides the volume of puzzles to be solved, is the sheer amount of searching that needs to be completed.   There are items hidden where even experienced teams won’t expect them.  The best piece of advice that we got before the game was to carry out a thorough search before even starting the puzzles, and even with that in mind we missed things.

The by-product of all the time spent searching and exploring the room is that you get a chance to really appreciate the decoration of the room.  The decoration is impeccable, everything looking (to my eyes at least) as if it’s from the right time period.  The only anachronism is the addition of some modern torches, which have been put in there to try and combat the lighting issues mentioned earlier.  The space is full enough of props to really feel like a corner shop, without feeling cluttered.  Despite that, there’s no getting away from the fact that it’s a smallish area to play in.  We played with a team of four, and wouldn’t have wanted any more bodies than that, no matter how much their brains may have been appreciated. When I say that the setting looked right to me, please bear in mind that my only frame of
reference here is old episodes of Open All Hours…

As every game so far for Exciting Escapes has been set in the past, you might think that their games would start to be limited by this.  There’s no way to include high-tech gadgets and puzzles, and it stops them being able to use devices like tablets and walkie-talkies to communicate.  Actually, these limitations they’re imposed upon themselves force the company to come up with fun and innovative solutions to this, and some of the puzzles that they’ve come up with we’d never seen before.

In case it wasn’t obvious, I really rate Exciting Escapes.  Admittedly I wouldn’t recommend this game to a team made up exclusively of first-timers, but that’s only because of the difficulty level.  I’d tell them to go one room over and experience the company’s 50’s-themed room first, and then come back after they’ve got that and a couple of other rooms under their belts.

Besides the quality of their games, the people involved are all really nice and enthusiastic about the games they’re running.  Our moderator for both times we’ve visited has been Eloise, who was happy to chat and probably more excited when we escaped than we were.  We’re also spoken to Peter, one of the owners of the company, to check which of their rooms would be suitable for a team with various disabilities.  Again, he was really helpful, and he’s definitely informed our decision that our next visit will be a trip to their Southampton branch to play their game Change the Record. 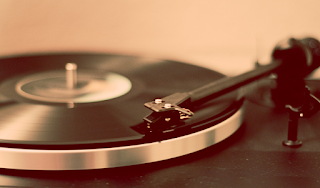