I do like Escape Reading.  Their rooms and props occasionally lean towards looking a little homemade, but I’d always rather see passion over polish, and the overall experience they create is fun enough that it really doesn’t matter.

Their waiting and reception area was a good example of how their company can seem a little… rustic.  It was a bit cramped and not particularly comfortable, but the walls were plastered in hundreds of photographs of teams beaming for the camera after playing one of their rooms.
That’s the old venue though: their two new rooms are at a second location in Reading.  It’s more spacious, and there’s room for a proper waiting area.  It’s right next to the Hexagon Theatre, and if the room we played, The Vampire Slayers, is any indication,  some of that sense of theatricality must have rubbed off on them.

The Vampire Slayers sees teams take on the role of a group of explorers who have heard talk of the legend of a bloodthirsty Vampire lord who stirs from his crypt every thousand years.  He’s due to rise again and wreak terrible vengeance against the human race who imprisoned him.  His awakening can only be stopped by stabbing him through the heart with a ceremonial dagger to keep humanity safe for another thousand years.  Maybe unsurprisingly, as that description included the phrases “bloodthirsty”, “stabbing” and “wreak terrible vengeance”, the room is 16+ only. 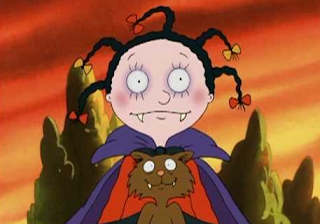 You’ll probably be wondering if the room is scary.  To me it definitely was, but then I’ve mentioned before that I don’t really like horror. I really don’t like jumpscares, and the room has its fair share of those.  The room is full of good old-fashioned techniques to scare people that have been perfected over decades in fairground rides and haunted houses.  None of it is new, but it is effective.  If you’re a die-hard horror fan then you might be more or less immune, but it’s still worth playing as besides the scares it’s a really well-designed room.  If you’re of a more nervous disposition, you’re explicitly told before the game starts that the main door isn’t locked, so you’re free to leave at any point if it gets a bit much. If even that isn’t enough, there is the option to play a watered-down, non-scary version of the room.  It’s not advertised, though, unless you’re playing in a team of two, so you’ll have to specifically request this during the introduction.

The room isn’t actually outrageously difficult.  It is challenging, but it’s the pressure created by the creepy atmosphere which makes it more difficult.  Our team slowed ourselves down considerably because of the creepiness of the room, and hanging back refusing to be the first to open something.  In a normal room without the horror theme, we would have escaped comfortably, but as it was we needed several hints and ran out of time during the final puzzle.  We were even given a few extra minutes to try and finish off the room, but by that point I was jumpy enough that I would have struggled to untie a shoelace, let alone tackle a quite complicated puzzle. 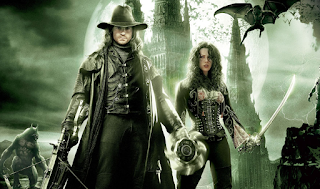 If I had one problem with the room, it’s that there were quite a few of the same type of padlock.  This meant that every time you had a code, you had to try it on several different locks to be successful.  That’s a problem that fixes itself over the course of the game naturally anyway, and in the latter half of the game it’s signposted pretty clearly which puzzle corresponds to each lock.
Other than that very minor criticism, the game was excellent.  It flowed well, there was a steady difficulty curve throughout, and there was always enough for everyone in the team to do.  You have the ability to split off into smaller teams to work on separate puzzles for a lot of game, coming back together to experience bigger set-pieces, and this is needed if you want to get through all the puzzles in time.

Price:  £27.50 per person for a team of 2, decreasing from there
Players:  2 – 6
Strengths:   Atmosphere,
Weaknesses:  Duplicate of types of padlocks