My first impressions of Inside Out: Escape London were underwhelming. It was the combination of the rundown corridor-come-waiting-area, the bathroom with no toilet paper or working lock (I mean, if there’s one thing that escape rooms should be good at, it’s locks…) and the introduction to the game.

The introduction sets up the entire experience. It’s where the team is told what the story is and what their goals are, but that’s just on the surface. It’s the point where the person running the game makes sure that the team is invested, begins to set up the immersion, and gets the chance to set the tone for the game, be it spooky, funny, intense or whatever else they want to communicate. It’s their one opportunity to build rapport with the team, judge the team’s experience and how much help they may need, and set any nervous players at ease. It’s an important part of the game. Or maybe I’m overthinking it. I’ve certainly put more thought into it than the game moderator at Inside Out did. His introduction consisted of waving vaguely in the direction of a poster on the wall and asking if we’d read it.

We had, but I don’t think it would have mattered if we hadn’t.

In terms of explaining the plot, we got the same explanation, almost word for word, as on the company’s website. We were playing Finding Sherlock Homes, and the story was that Holmes had been kidnapped by Moriarty. You and the team take the place of Watson, who’s out to rescue him by following the trail of clues left behind by Holmes.

Inside Out’s version of 221b Baker Street is fairly sparse, with not much decoration outside of what’s needed for the puzzles. There wasn’t much attention to detail, and nobody in the design team seemed to have been much of a fan of Sir Conan Doyle’s work. The game is supposed to be set in Holmes’ time, but there were a series of items that were out of place for the time period.

I’m not suggesting that it needed to be a faithful recreation of Holmes’ lodgings. I wasn’t expecting a correspondence fixed to the mantelpiece with a knife or persian slipper filled with tobacco, if only because that would be a health and safety nightmare for Inside Out. But there’s a minimum level of attention to detail, and the fact that they repeatedly refer to Moriarty as a Doctor rather than a Professor made me feel like they didn’t really care. 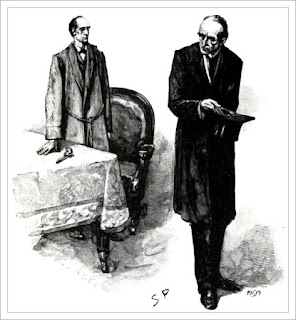 Although the setting wasn’t overly inspiring, the puzzles in the room were alright, and they mostly flowed into each other. You do need good observational skills in the room – although maybe not the kind of observational skills where you scrutinise every prop for authenticity like I did. That doesn’t mean that there are items hidden around the room that you have to spend ages hunting for. It just means that once you have an item, you need to look closely to work out what you’re expected to do with it.

The room apparently has a 30% success rate. It isn’t all that difficult, so that low figure is probably to do with the fact that the company has regular deals on Groupon and so attracts a lot of first-time players. If you are a first-time player looking to see if you’d enjoy an escape room, then this offers a taste of what they’re like at a decent price, and should hopefully whet your appetite for playing some higher quality rooms. If you’re an experienced player, then there’s no rush to visit this room, and it’s definitely not worth a trip without taking advantage of any available discounts.

Price: £32.50 per person for a team of 2, decreasing from there
Players: 2 – 6
Strengths: Discounts available
Weaknesses: Immersion, attention to detail