Continuing their tradition of breaking with tradition, Exciting Escape’s third room to open in Basingstoke is set somewhere a bit different than the usual lab or prison.  The game is set inside a 1960’s movie theatre.  There’s an assassination attempt in the works, and as secret agents, your job is to infiltrate the intended location to find out the plan and save the victim.

That much is clear from the website.  What we weren’t expecting was that Murder at Movies is a sensory based room.  The puzzles include things that test all of your major senses.  We were slightly at a disadvantage here, as our team included one person who is deaf, and another who had no night vision and no sense of smell. 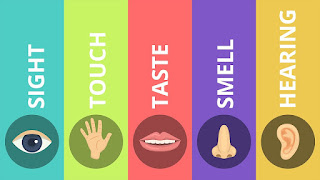 Last year I read a study on escape rooms which included a table on what kind of puzzles are typically found in escape rooms.  Unsurprisingly, searching for hidden items was found in almost 80% of rooms.  Down at the other end of the table, 3% of rooms featured puzzles that revolved around sense of smell, and 1% had rooms where the puzzle was solved through taste.  I read that study and wondered who was creating puzzles that force people to eat mystery items.  The owners of Exciting Escapes apparently read the article and saw it as a challenge. 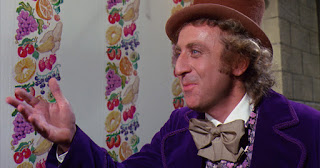 Having puzzles based around senses results in some interesting and different challenges.  The drawback is that it’s far more subjective than logic-based puzzles.  A well-designed equation or riddle will only have one answer, which can be logically worked out, but things such as how you perceive a smell or taste can be different to everyone.  Halfway through an escape room when the clock is ticking isn’t really the best time to get into the philosophical debate “But, like, how do I know that what I see as blue is the same as what you think of as blue?”.  But that’s essentially what happens when you end up with three different people arguing about what, exactly, an apricot smells like.  As the puzzles can be quite subjective, they’re the kind that some teams might get straight away, but others might really struggle.

There’s another problem with sensory-based puzzles, and that’s that some people might be put off by them.  For example, five out of the six people in our team were fairly disgusted thought that the idea of eating from a pot of food that countless people could have already pawed through. 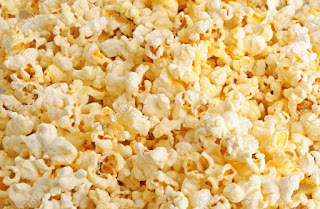 The 6th person was just really excited for free food, because there’s always one.

As stated before, we had six people in the team, which is the maximum number of players for the room.  While the other rooms at Exciting Escapes had enough space to accommodate that many, this one felt cramped and I wouldn’t recommend more than four players.  There are a few smaller areas which don’t allow for more than a couple of people to work on the puzzles at once.  At one point there was no room for me to be able to help with anything, and I was relegated to sitting down and waiting.  At least the game is set in a cinema, so there was plenty of seating available.

There is one serious flaw in the game, which is that at one point in the game it’s pretty easy to break the whole thing.  There’s a puzzle where you have to rescue an object from inside a locked room, like a high-stakes game of hook-a-duck.  Unfortunately, you only get one shot and if you drop it then you can’t carry on with the game.  You have to wave at the camera until the game moderator takes pity on you and let themselves in to let you continue.  We played Murder at the Movies fairly early on, so hopefully this is fixed by now – otherwise it’s a way to ruin the flow of the game along with any sense of immersion and accomplishment you may have felt at solving the puzzles.

Despite that one puzzle, it’s a well put together experience.  It’s a different and interesting theme, as always with Exciting Escapes.  And, as ever, they’ve taken their theme and decorated the room impeccably.  For me, though, this game wasn’t as enjoyable as their others.  It’s a shame, because it’s good to see something different in the escape room industry.  I suspect that this room will take after the puzzles that are on offer, and be very subjective.  This is a room that many people will really enjoy.