Lady Chastity’s Reserve is Handmade Mysteries’ signature game.  Unlike Poppa Plock’s Wonky Workshop, which is only available at one site, you can play Lady Chastity’s Reserve at a range of locations across London, or at one in Brighton.  Their games are always located inside pubs, and like Handmade Mysteries themselves, each of the pubs we’ve visited have been excellent quality and full of character.

The game is set around you visiting the derelict estate of the Lady herself, in the hope of unlocking its secrets and claiming the fabled last bottle of her wine.  I say ‘fabled’, but it very much exists and if your team succeeds in the mission then you get to walk away with the bottle. 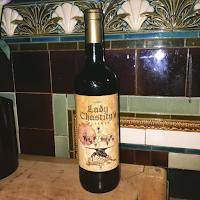 It’s said to be an aphrodisiac, but none of my teammates are a fan of red wine,
so I can neither confirm or deny this.

Lady Chastity’s Reserve is 18+.  Poppa Plock was outright horror, but here the atmosphere is more creepy and unsettling.  This is achieved through the setting, which is perfectly fitted out as the burnt-out, dilapidated remains of a once-grand estate.  You almost expect to see the ghost of Lady Chastity wandering around like Miss Havisham in a rotting wedding dress.  The creepy atmosphere is gleefully encouraged by the game’s host.

So why the 18+ rating, if it isn’t scary?  Well it’s not the scare factor, so it’s more to do with the game’s…suggestiveness.  The game is full of innuendo and smut.  The Lady apparently had a very specific way of wringing every drop of juice from the grapes to create her vintage, and while it may help the flavour it probably wouldn’t pass any food hygiene standards. 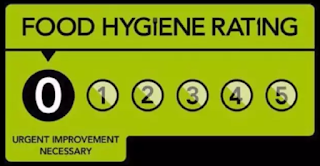 She should really wear rubber gloves during the wine-making process.
Along with…other items made of rubber.

The host gives a long introduction which really helps to set up the dual characteristics of the game.  He careers back and forth between sinister and camp, keeping you off balance the while time.  It’s well-rehearsed and easily the funniest part of the game, and it really works in getting everyone in the mood to play.

Lady Chastity’s Reserve would be perfect for any group celebration like a Hen or Stag Do.  The only hesitation I have is that it would be awkward playing in a group of strangers.  It’s a real possibility that this will happen, as Handmade Mysteries’ games are bookable for up to 6 people even if some of the slots have already been filled, and so smaller groups may well end up being joined by other people who booked the same time.  But then, as polished as the host’s introduction is, I’m sure that they’d be able to handle this and get everyone comfortable and ready to play with each other. 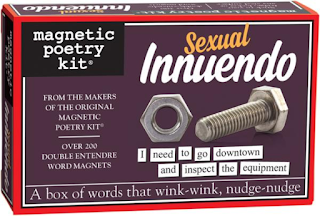 The introduction isn’t the only time that you hear from the host.  They’re in and out of the room throughout the game, often playing out one half of a conversation between them and a voice-over recording.  It’s one example of why the room is marketed as Immersive Theatre.  Compared to most escape rooms it’s a far more directed experience with a lot more input from the host.

The puzzles aren’t overly difficult, but they are fun.  Even though we were in a team of 5, there was usually enough to do to keep everyone in the room busy.  However, if you’re used to the freedom of most escape games, then you may struggle to get used to the flow of the game.  Usually exploration is rewarded, and the first thing you do in any room is search out the hidden items and puzzles.  Here, it’s better to submit to the linear path that’s set out for you to follow.  Yes, it’s a more directed experience, but you’ll actually have more fun following the set path that’s been laid out for you to follow.  Remember:  it may be Immersive, but it’s still Theatre, so hit your cues and let the performance play out around you and you get front row seats to the show. 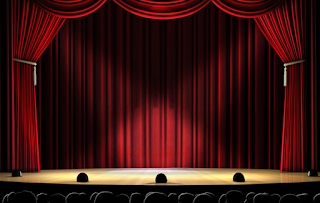 Okay, so technically you’re up on the stage as well as in the audience.  It’s not a great metaphor.

This is definitely a game to be played.  If you only have the chance to play one Handmade Mysteries game, then I’d recommend Poppa Plock, but why limit yourself?  Gather up any of your friends with a sense of humour, and bring along enough people that you’re guaranteed to get the game to yourself and won’t have to share.  That way you’re practically guaranteed to have a good time, and there won’t be any arguments after you win about who gets to keep the bottle of wine.

Price:  £23 per person at peak time, £20 off-peak for London venues (£1 booking fee)
Players:  Up to six, can be joined by other groups
Strengths:  Immersion and theatrics, decoration, host
Weaknesses:  Difficult to hear some recorded hints, linearity