Escape Reading has two branches, and both of the rooms featured at this location are horror-themed.  This one won’t be scary enough to prevent anyone from playing as it’s more subtly creepy than The Vampire Slayers, which was outright Hammer-era style horror.

This is apparently the hardest of all of Escape Reading’s rooms, although it actually has a higher success rate than The Vampire Slayers – that’s attributed more to the lower scare-factor rather than the difficulty of the puzzles.  Which of the rooms you prefer will probably come down to whether you prefer your brain sharp and able to focus on puzzles, or soaked in adrenaline from all the scares.

This room is called Kidnapped.  The description of the room on the website doesn’t give anything anyway; only that you’ve been kidnapped, which was fairly self-evident from the title.  The pre-game brief doesn’t expand on this theme much more.  It’s explained that you’re being held in an unknown location, but you’ve noticed that the kidnapper leaves the building at the same time every day, so you’re using the time you have available to try and escape. 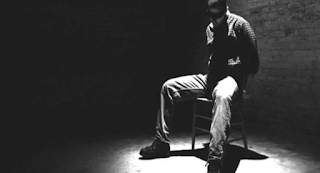 I’m okay with the lack of immersion for once, since you're not forced
to gnaw through the ropes to escape.

With the sparse details we were given, we weren’t sure what to expect, and so when we were herded into a pitch black room and the door shut behind us, we waited for a couple of seconds for the lights to flicker on and the room to be revealed…until we realised that the timer was already counting down.  For anyone that’s afraid of the dark it’s a disconcerting start, but minor accidental groping aside (sorry Shanine!) this part of the game doesn’t last too long.

The decoration of the room, once you can actually see it, is quite understated.  That’s totally deliberate, and it works well.  You have no idea why you’ve been kidnapped or what was supposed to be in store for you, and the game takes its time in revealing what’s going on.  Not only does the decoration of the game evolve, but the puzzles get more in depth and interesting as the game progresses.

Besides this this, the game is quite difficult to review in order to not spoil too many details that Escape Reading have left deliberately vague.  An example is one of the highlights of the game, that comes midway through.  In escape rooms, you have the first few minutes of excitement and exploration, and of course there’s the rush of the last few minutes where you know you’re on the final puzzle and you’re racing against the clock.  The middle of the game can become routine while you’re systematically working your way through the puzzles.  Escape Reading have found a way to shake this up, and bring back a little panic and fun back into the mid-point of the game.  But to say any more than that would be to spoil the surprise. 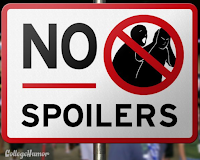 Kidnapped was actually the game out of the four that Escape Reading have to offer that I was least enthusiastic about.  The theme didn’t grab me and so it was the one that was left until last to be played.  However, it was up to Escape Reading’s usual high standards, with a couple of good ideas which elevated it from a competent-if-routine escape room to a really fun experience.