E-exit have four games on offer, and each one has their own difficulty rating and a wildly different theme.  The most difficult is the recently-opened Santa Muerte, which is a journey through Mexican folklore and mythology.  Unfortunately, that room was closed for refurbishment during our visit, so we settled for Heaven & Hell, which had previously held the title of their most difficult room before the introduction of Santa Muerte.

…Okay, ‘settled for’ is probably the wrong choice of language, as Heaven & Hell is a really well designed and executed game.

The strongest part of the room was undoubtedly the theme, which is more-or-less unique, and the story that they then built around the scaffolding of the theme.  The game opens where most people’s stories finish: in a morgue.  You’re given the chance to take a quick tour around the realms of heaven and hell and see what happens on the other side of the veil.  It’s easy enough to get there, but not as easy to return.  You have a defibrillator, but after an hour you’ll be too far gone and no longer able to be resuscitated. 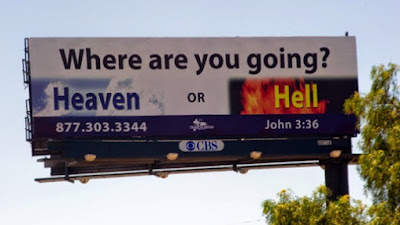 Daytrrriiiippppp!!
Not only is the theme interesting, but the puzzles are all fun, flowed together well and there’s a couple of big set pieces that you get to interact with in a really exciting way.  The description for Santa Muerte boasts of not having any padlocks in the entire game.  This one does use a few, but only in the background, and most of the puzzles are solved in a much more interactive way than just plugging codes into padlocks.

The whole game has a sense of humour and doesn’t take itself too seriously.  Part of that comes across in the decoration.  There are some stylish, stunningly detailed escape rooms in Budapest – but this isn’t quite one of them.  There’s a handmade quality to a lot of the props which does detract slightly from the immersion, but never takes away from the fun.  The decoration also means that the game doesn’t become too dark because of the subject matter.  Sure, there’s a body there with you in the morgue, but it’s difficult to be freaked out when it looks less like a cadaver and more like a ragdoll suffering from a terminal stuffing deficiency. Not that I’d want it to be any more realistic, thank you.

So although the game sees you take a sightseeing tour through hell, it’s not actually scary.  That is, unless you’re claustrophobic.  There’s one thing early in the game which everyone in the team has to do, that won’t be good for anyone who’s uncomfortable with dark, enclosed spaces.  Equally, if you have restricted mobility or certain disabilities then it’ll be almost impossible.  If you’re worried that this will affect you, drop an email to the people who run E-Exit.  They spoke excellent English, and there may be a way to let you join up with the rest of the team after this point.

Hopefully the above paragraph won’t put you off, as Heaven & Hell is an excellent room.  It’s specifically designed for teams that have experience with escape rooms, so it gives you more to get your teeth into than most rooms.  It’s fun the whole way through, and has a really different theme.  The story takes you on a real journey, and the beginning and end of the story are both strong.  If you can, make time for this one while in Budapest.